You are here: Press / 60 years of Novoferm

What started out as a small company in the Lower Rhine region has meanwhile evolved into an internationally successful group of companies
60 years of Novoferm
Rees, March 2015. Novoferm, one of Europe’s leading system suppliers of doors, garage doors, frames and operators, is celebrating its 60th birthday this spring. This round anniversary is a milestone in the story of an exceptionally successful and innovative company that was founded on 10 March 1955 as a small operation in Isselburg-Werth in Germany’s Lower Rhine region and has since become an international group of companies to be reckoned with. With sites across Europe, but also in Asia, and sales around the globe. Just recently the company presented itself and its products at BAU, the world’s leading construction trade fair in Munich. It was the third-largest exhibitor there. We look to the future with confidence. The company is in good health. At Novoferm, we are convinced that global demand for high quality construction products and customer-specific solutions will continue to expand. And yet success is by no means a given. Continuous product innovations and consistent improvements in the efficiency of our company processes are crucial for our continued ability to compete, according to Rainer Schackmann, Chairman of Novoferm’s Management Board.

The story of Novoferm is also impressive testament to the economic miracle in Germany. It began in 1955 in the Lower Rhine region, when a company called Isselwerk Werth GmbH was founded by partners Bernhard Sandscheper and Peter Hoffmann. They both quickly recognized the huge opportunities offered by industrially prefabricated metal and steel construction products and started manufacturing doors, garage doors, railings, windows, rollers and steel shelves in Isselburg-Werth. The artisan manufacture of frames soon followed. The company grew and expanded. By 1962, a second plant had already been opened in Haldern to manufacture fire resistant doors. And so the company progressed, step by step. Its success did not remain hidden from the rest of the industry. In 1970, Dortmund-based steel corporation Hoesch AG acquired a stake of initially 25%. In 1990, the corporation took over the entire company.

Expansion throughout Europe – and out into the world
The progressive internationalization of the company started with its acquisition by Hoesch AG and in response to the changing markets in Europe. The first steps involved taking over two companies in France, setting up one in Spain, and building up proprietary sales companies in the Netherlands, Poland, Hungary and Switzerland. It was during this period that Isselwerke GmbH & Co. KG changed its name to "Novoferm GmbH".
The German organization was subsequently expanded by the addition of Siebau Siegener Stahlbauten GmbH and Riexinger Türenwerke GmbH. In 1998, one of Europe's most modern sectional door plants was opened in Dortmund. Novoferm Group steadily increased its international presence as well – in Belgium, Denmark, Greece, Italy, Romania, the Czech Republic, and all the way down to Korea. Just recently, in 2014, the Group acquired Alpha Deuren in the Netherlands, one of Europe's leading manufacturers of sectional doors. Nowadays, Novoferm Group with its team of some 2,000 employees operates a total of 18 production sites in Europe and two in Asia, along with 20 proprietary sales companies in Europe, Africa, the Middle East, Russia and Asia.

High quality system products – customer-friendly solutions
Thanks to our consistent efforts to drive internationalization over the past decades, Novoferm products can nowadays be found on many of tomorrow’s growth markets and are in great demand there. Time and again, the company has managed to raise the bar sustainably – through its innovativeness and with pioneering developments and products. For example with NovoPorta Premio, the new generation of fire resistant doors for Europe, that was just recently presented at the BAU trade fair.

Nowadays, the Novoferm product portfolio includes sophisticated and high quality products, such as:

Novoferm strives to offer customer-friendly solutions that maximize quality, security, user friendliness and attractive appearance. Just as important for the success of the company is its reliable cooperation with partners in the marketplace – supported by a sales concept that unites very satisfied customers with exemplary service.

The outlook for the future
Globalization has long since established its presence in the Lower Rhine region. What makes it so fascinating these days is how companies respond to the opportunities and challenges it presents. Novoferm is a quality brand that is looking to the future with confidence. For a long time now, the Group structure has strengthened the company internationally, and it can now take full advantage of the resulting synergies. Within the company, country-specific skills – in development, production or marketing, for example – are consciously freed from their national isolation and brought together to optimize their success in the market as a whole. A sustainable development strategy forms an integral part of the company’s philosophy, with Germany playing an indispensable role as a reference market, thanks to the excellent reputation it enjoys around the world. It is perceived as particularly demanding. Constant innovations ensure better quality, new functions and improved cost efficiency.

According to Rainer Schackmann, Chairman of the Management Board, "Novoferm is in a healthy state in its anniversary year. We will continue to drive our growth strategies in the future, based on our extensive system expertise, our solid growth in past years and the trust we have built among our partners in the marketplace." A recipe for success that has proven to be effective in the past. 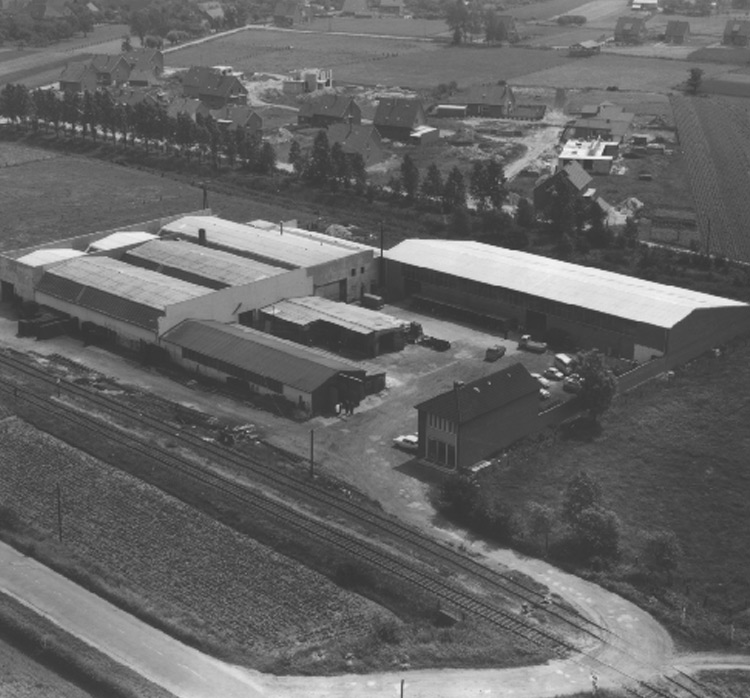 The original nucleus of the company
the plant in Isselburg-Werth in 1963. Nowadays, some 400 production and administration colleagues work here. Up-and-over doors and steel frames are manufactured on the 45,000 sqm of highly automated production space. 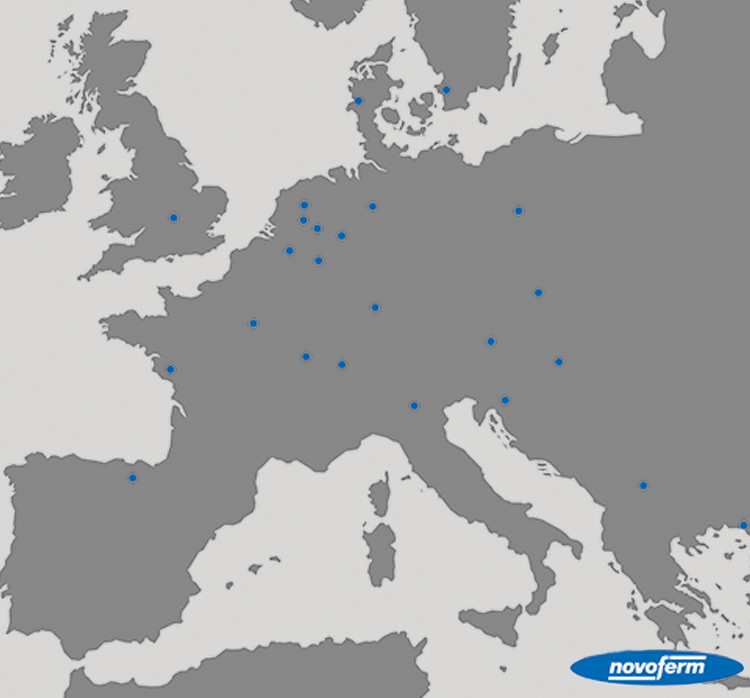 From its small origins in Isselburg-Werth Novoferm is nowadays an internationally recognized company with 18 plants throughout Europe and 20 proprietary sales companies. 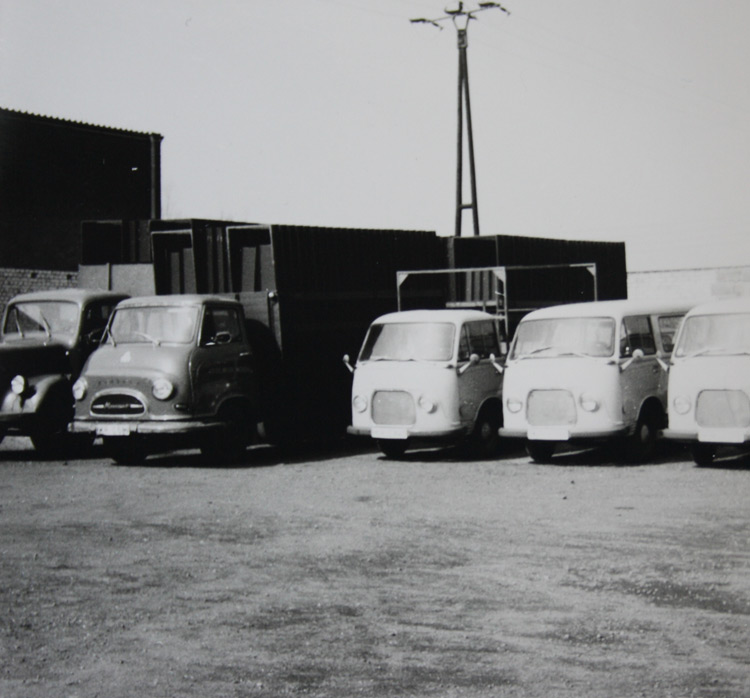 The start-up years in Isselburg-Werth:
Our first very own car pool. 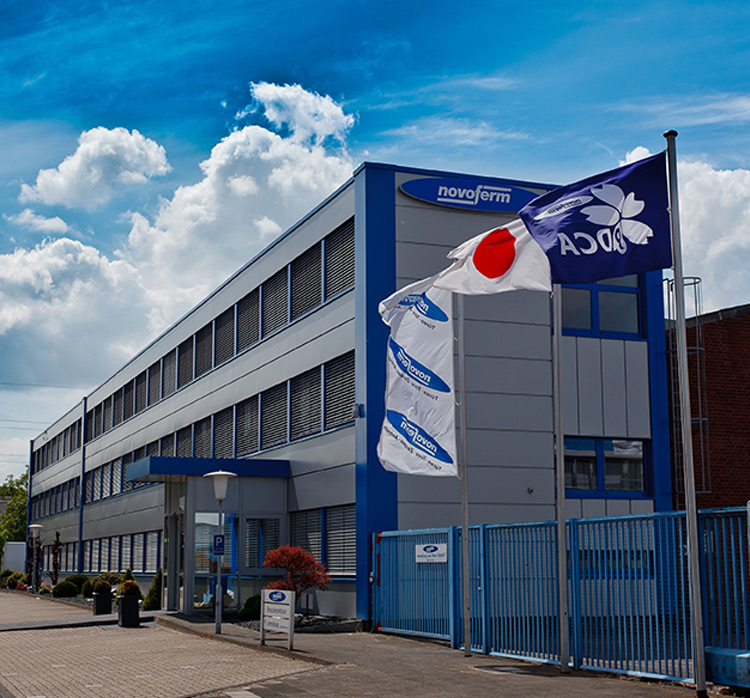 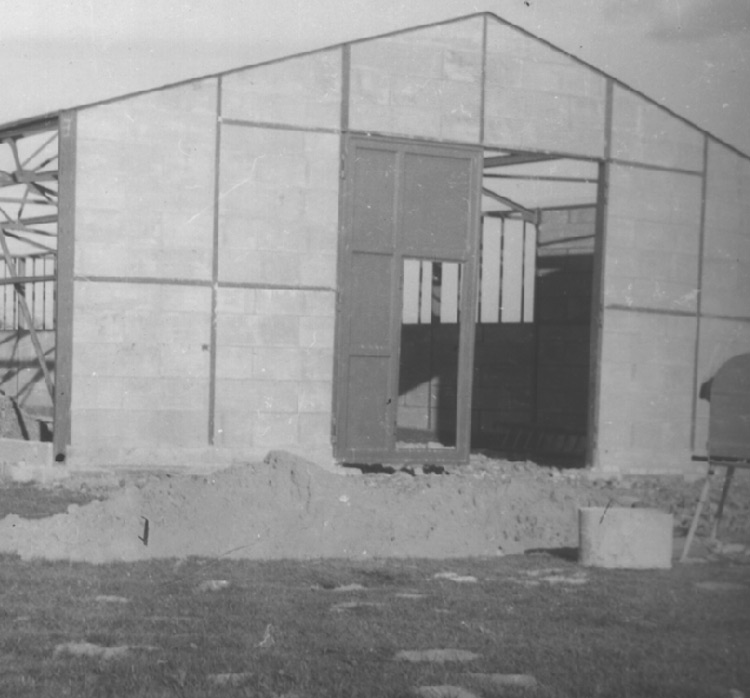 The start-up years in Isselburg-Werth:
Construction of the second production hall. 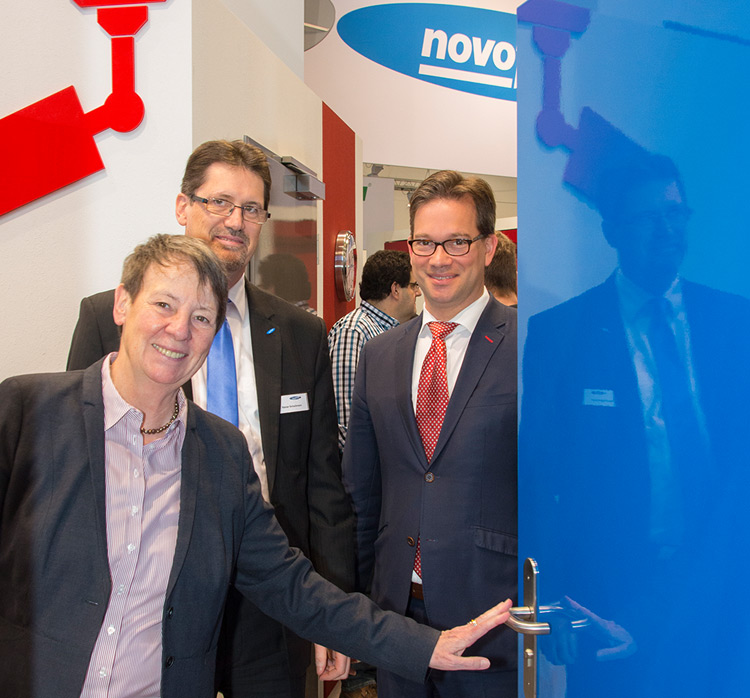 
History of the company /
Facts & Figures 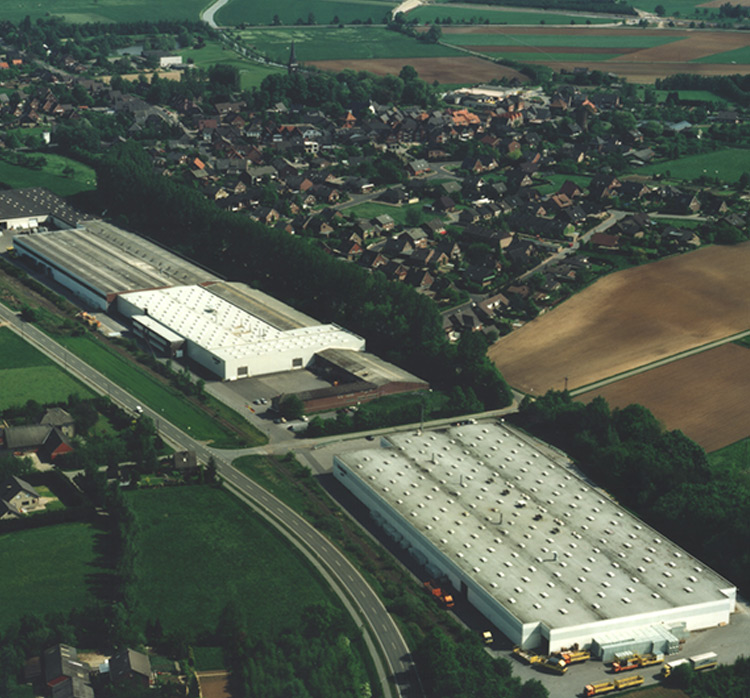 The start-up years in Isselburg-Werth:
By 1993 the plant has grown visibly, and the company has changed its name. For a year now, it has been called Novoferm.

Company headquarters
today in Rees in the Lower Rhine region.


60 years of Novoferm
What started out as a small company in ...