Strategic takeover
Novoferm takes over Swedish Robust AB and strengthens position in Scandinavian and British markets
Rees, May 2019. Novoferm is consistently expanding its position as one of the leading European system suppliers of door solutions and docking systems: With the acquisition of the Swedish company Robust AB, the Novoferm Group has taken over one of the leading steel door manufacturers in Scandinavia and Great Britain and strengthens its position in both markets sustainably. The acquisition of 100 percent of the company shares of Robust AB was agreed in the middle of May.

Robust AB, based in Nykroppa, has production facilities in Nykroppa, Sweden and Longton, Stoke-on-Trent, UK. The company employs 175 people and is specialized in manufacturing of fire protection, multifunctional and security steel hinged doors for the industrial and commercial market segments. The experienced management team under the leadership of the Managing Director David Lycett will continue to lead the company and ensure its successful development.

The acquisition is an important step in the continuous expansion of the Novoferm Group's Europewide activities. The Robust AB Group has grown signifi-cantly in recent years and has steadily expanded its steel hinged door business. Therewith Robust has positioned itself as a leading manufacturer in the British and Scandinavian markets. Rainer Schackmann, CEO of the Novoferm Group, is pleased with the acquisition and sees Robust and Novoferm as an ideal complement: "Both companies complement each other strategically, in an ideal way. The combination of these strengths will drive future growth and significantly increase our presence in Northern Europe." Through the acquisition and the corresponding expanded range of products and services, Novoferm is visibly strengthening its international position and consistently pursuing its futureoriented growth strategy. Following the acquisition of Robust AB, the Novo-ferm Group now employs over 3,000 people in Europe.

About Novoferm
Since 2003 Novoferm is part of the Japanese Sanwa Group (owned by Sanwa Holdings Corpora-tion), the world market leader in the field of door and gate systems. With over 3,000 employees in Europe, Novoferm is one of the leading European system suppliers of door and gate solutions and docking systems for private, commercial and industrial application. Founded in 1955 in the west of Germany, the company now manufactures at various locations in Europe and Asia and distributes its products through numerous national subsidiaries and sales partners in many coun-tries around the world. www.novoferm.com 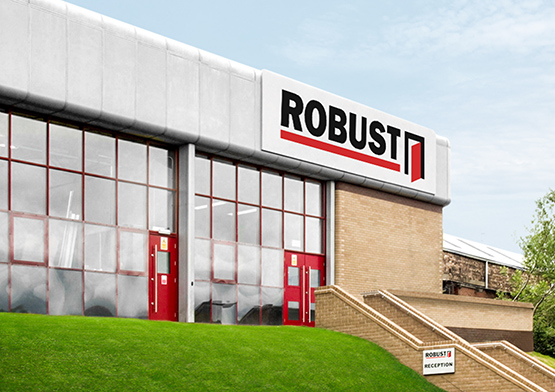